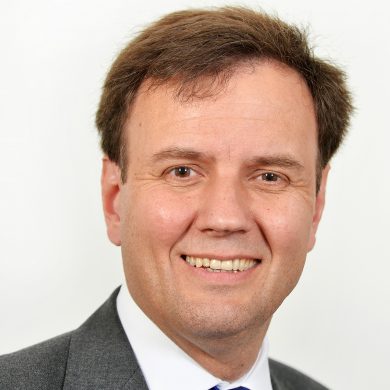 Greg Hands was appointed as Minister of State in the Department for International Trade on 15 July 2016, and serves as MP for Chelsea & Fulham.

Greg was educated at a variety of state schools in the UK and the USA, but principally at Dr Challoner’s Grammar School, Amersham, before going on to study Modern History at Cambridge University, including time spent in the Modern Languages and Oriental Studies
faculties graduating with first class honours.

He has been a Government Minister since October 2011. Having held positions as Treasury Whip, Government Deputy Chief Whip and Treasurer of Her Majesty’s Household, Greg Hands also attended Cabinet as Chief Secretary to the Treasury under the then Chancellor of the Exchequer, George Osborne.

Having spent spent 8 years working on trading floors in London and New York trading and marketing fixed income derivatives, Greg Hands leads on high value export and investment campaigns in many sectors including technology and smart cities, infrastructure and energy.

As Minister of State for International Trade, overseas​ direct i​nvestment is a matter of great importance to Greg Hands – a topic which will be discussed in the Conference in depth.