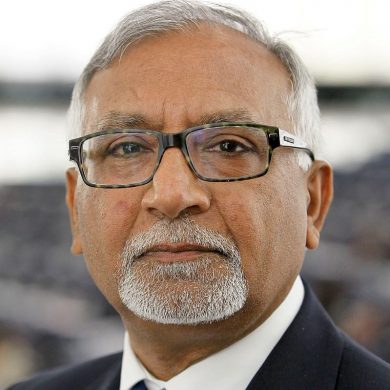 Born in Pakistan and a young arrival into UK aged eight, Amjad Bashir is an experienced Entrepreneur and MEP with a focus on business and employment.

Amjad opened his first restaurant in 1979, working over the next thirty five years to build up a successful catering business with his sons.

Having started from scratch on more than one occasion, Amjad has always been aware of the difficulties faced by entrepreneurs; there is uncertainty in the best of times and bureaucracy can be both confusing and frustrating.

Since his election to the European Parliament in 2014, Amjad has worked tirelessly on the Employment and Social Affairs committee to support and champion Small and Medium sized businesses across Europe. In particular, he’s committed to reducing burdensome regulation in order to help create a stimulating environment for businesses and start-ups.

Since the vote to leave the European Union in June 2016, Amjad believes that both the United Kingdom and Pakistan have a fantastic opportunity to forge stronger trading relationships, for the benefit of both countries.